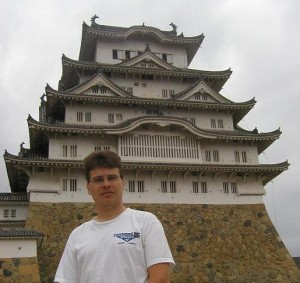 I became interested in Asia when I worked in Asia for Tyco and had the opportunity to travel around much of Asia. I visited many areas in Asia, but spent most of my time in Japan, Korea, and China. Definitely made me more interested in Asian cultures. After I left the company, I decided to take some time off from work and study a language. Over my life, I have tried to learn 4 different languages (French, Spanish, Korean, and Japanese), but was disappointed with myself that I never put the effort in to become fluent in any of them.

With my interest and experiences in Asia, Japanese seemed like it would be the most useful for me to learn, so I decided to study focus on Japan and Japanese. I spent 4 months at an intensive Japanese Language school near Nagoya in 2003 (see Studying in Japan 2003 Blog for more information) and another 2 months in 2005 (see Studying in Japan 2005 Blog). And I have been taking classes 1 night a week at Soko Gakuen Japanese Language School in San Francisco since then. Though I have been studying it a lot, it is a difficult language and I am not good at it yet. Sometimes I wonder if with all this effort I will ever become fluent in Japanese.